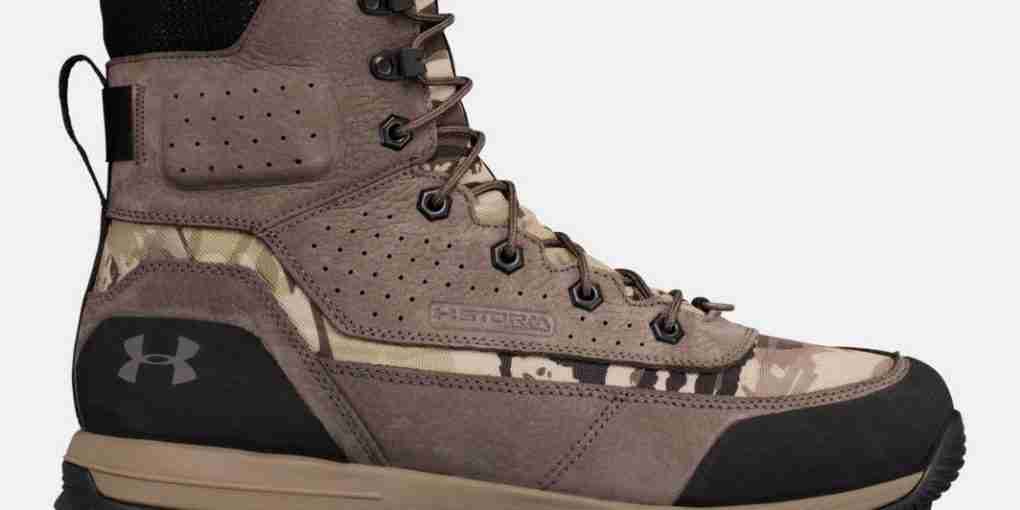 What does it take to pull off the perfect hunt? Many hunting enthusiasts might say the proper hunting gear is at least part of what it takes to have a successful hunting trip. There are several components to hunting gear, and hunting boots are arguably the most important gear you can have on a hunting trip. After all, no one wants to be preoccupied with ill-equipped shoes or injured feet while away from home. Your precious catch might get away!

Every hunter has had to purchase a pair of hunting boots in their lifetime, but it can be difficult for some shoppers because there are so many hunting boot brands to choose from. One brand that has been highly popular for some time is Under Armour. Under Armour is known for their high-quality athletic apparel and the brand is regularly endorsed by big name athletes all over the world. This article will provide an in-depth review of Under Armour hunting boots, including their price range, features, specifications, and comparison to competitive hunting boot brands.

Under Armour has several variations of men’s hunting boots available. The main differences in each shoe model can be seen in the sole structure and the model’s outer design. The brand has two best-selling hunting boot models: the UA Fat Tire GORE-TEX® (which is also largely considered a hiking boot), and the UA Infil Ops GORE-TEX®. For the purpose of this article, we will be focusing on the UA Infil Ops GORE-TEX® because of its bestseller status and solid classification as a hunting boot.

The UA Infil Ops GORE-TEX® Men’s Hunting Boot comes in two color schemes: black, and a pseudo-camo-print design called ridge reaper barren/maverick brown. The boot’s GORE-TEX® material is breathable and 100 percent waterproof while still allowing sweat to escape so your feet stay dry. This boot is available in men’s sizes eight to 15. The lightweight, form-fitting material on the back half of the boots is the same material used in superstar NBA player Stephen Curry’s basketball shoes. Under Armour’s hunting boots, like Stephen Curry’s playing shoes, are designed to take on whatever the terrain you’re on decides to throw at you.
Specifications.

Under Armour Infil Ops GORE-TEX® hunting boots are made from imported materials. These boots feature high abrasion uppers with a special Anafoam™ overlay that designers anatomically and precisely molded for fit and support. The boots also feature a TPU stability chassis which supports the heel as well as heel lockdown to support accurate foot placement while on the hunt. Under Armour’s hunting boots also contain Cupron® Anti-Fungal and Pro Fibers that reduce offensive odor and kill 99.9 percent of athlete's foot type fungus after only 12 hours of minimum interaction with the sock liner.

It’s hard to argue with the fact that Under Armour makes great active apparel. However, not every Under Armour item is without flaws, and many customers would agree. According to the reviews and testimonials of various customers, there are several positive and negative traits to Under Armour hunting boots, which we’ve outlined below:

Perhaps the best positive aspect among consumers comments is the fact that this hunting boot is so comfortable and lightweight. It’s so comfortable, in fact, that many people purchase them for casual wear as well as for hunting. According to many customers, there is no break-in period for this boot. The wide range of available sizes is also a big plus for customers.

Some customers complained that the UA Infil Ops GORE-TEX® boot runs a little small, so people recommend getting a half size up from what you would normally purchase. The boots are also known to run on the narrow side, so people with wide feet may not enjoy wearing this shoe for long.

While you can expect to pay a little over $249.99 for UA Infil Ops GORE-TEX® Hunting Boots, Under Armour hunting boots in general fall in the price range of $149.99 to $249.99. Under Armour’s entire collection of hunting boots is considered relatively expensive compared to other hunting boot brands, and we believe it’s safe to assume you’re paying for durable, quality materials.

The UA Infil Ops GORE-TEX® boot is a popular shoe within the hunting community, but that doesn’t mean it comes without competition. There are several brands out there who have made comparable hunting boots, and these boots are just as popular as Under Armour boots. To get a better idea of how these boots stack up against one another, we did a comparison of three other popular hunting boot brands: 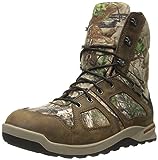 The Danner-brand hunting boot is waterproof and features an outer construct inspired by classic stalking designs commonly seen on hunting and military gear. The brand has implemented Danner Comfort System technology that brings the foot lower to the ground and offers premium foot support at all times. 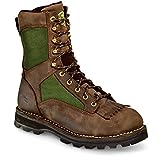 Wood N’ Steam’s hunting boots were originally sold for $139.99, but if you buy them through the Sportsman’s Guide website as a Buyer’s Club member, you can get them for $63.09. If you aren’t a site member and choose to buy through the site, you can expect to pay about $70. 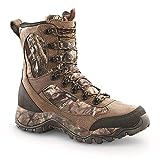 While these hunting boots were originally sold for $109.99, you can purchase them from the Sportsman’s Guide website for $80.99 if you’re a Buyer’s Club member and $89.99 if you’re just a regular customer. This leaves the Under Armour hunting boots as the most expensive boots featured in our review. If you’re not keen on spending more than $100 for hunting boots, any one pair of the hunting boots in our comparison section would be an ideal pick.