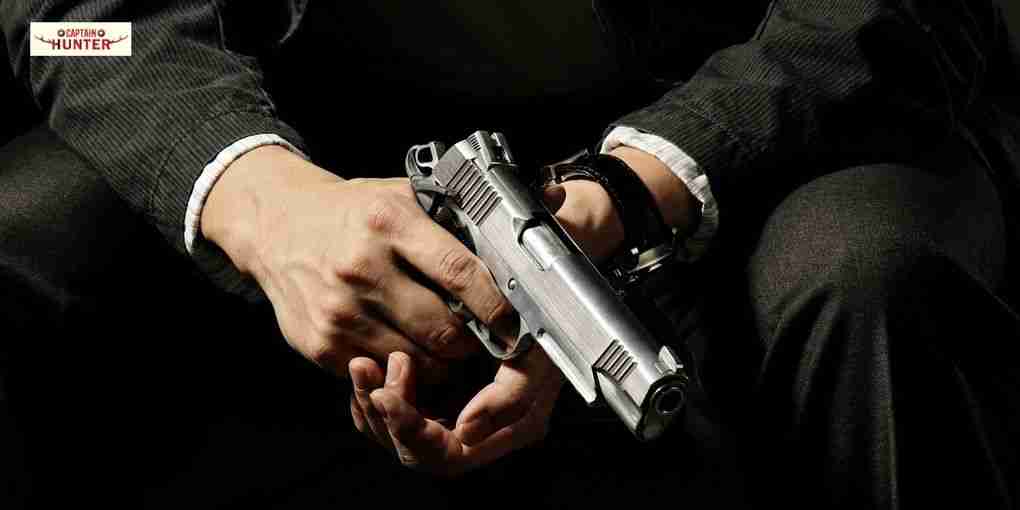 How to Shoot a Handgun | The Most Accurate Way of Shooting

Things in real life are quite contrary to what they seem on the big screen. I have many students and novice shooters. They all have chosen this field only for their love and craziness for Hollywood action adventures. I always try to make things clear to them. And today I am going to guide my readers as well (if you think shooting is that easy). Those of you who seriously want to pursue the career as a hunter or shooter, must not take things so lightly. You should have the most accurate knowledge about how to shoot a handgun.

Remember! It is not just about pulling a trigger and downing the prey. To make your adventure fun and success, you must learn a special criterion of holding a gun and then shooting. Things seem hard initially, but don’t worry. Here I am to show you in detail about how to tackle a handgun and shoot it perfectly. 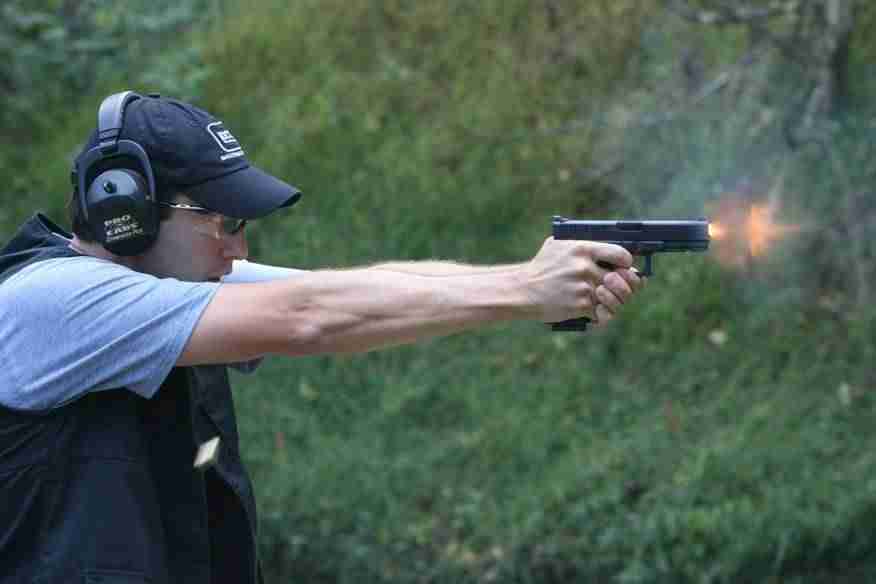 So How to Shoot a Handgun Accurately?

Whichever type of handgun you are going to make use of, it’s better to know well about it. Handguns are commonly available in two basic types;

What is a Revolver?

A revolver is probably one of the earliest firearms been introduced to our society. We have heard and find notable info about a revolver in the late 16th century in Germany. Our very own and loved, cowboy movies used to display these revolvers.

A revolver is simply named this because of having a revolving cylinder in it. This cylinder consists of many chambers with a single barrel to fire. Most of the revolvers are designed with the capacity of six chambers (six-shooter), but a few made especially for smaller hands, have five chambers as well.

What is a Semi-automatic pistol?

It’s a comparatively modern form of firearm. Advanced in design, it has a sliding system on the top of it. You have to pull the slide to load and unload the gun. The magazine (detachable) holds the cartridges. That is already inserted in the hand-grip area.

Each time you want to load a bullet in the pistol, pull the slide and there it is, all set for shooting. Both firearms have the same trigger to make the shot. Look at the image below and decide, which type of handgun are you going to use? 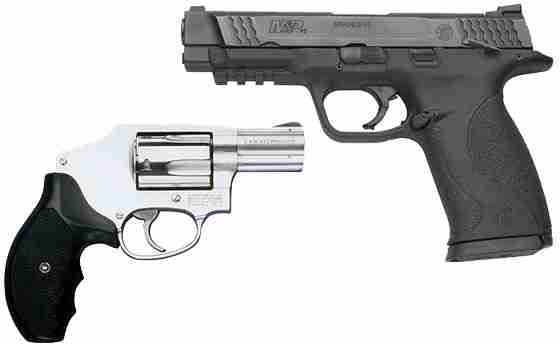 A Revolver and a Semi-Automatic Pistol - Photo credit: modernsurvivalblog.com

Like I always insist, knowing how to shoot a handgun is just not enough. It is very important to be alert and attentive while the whole shooting process. Before we move on to holding a gun, follow the below given suggestions, equally important for novice and experienced shooters.

Step 3: Safe Handling of the Gun

Not just handguns, but guns of all sorts should be handled carefully. Whether it’s loaded or not. Always keep its direction towards the ground. There have been many fatal accidents reported where the bullet was shot accidentally. Resulting in something really unexpected. In short, never forget to keep your gun downrange while pulling the slide of the handgun.

For hunting, shooting or any other purpose, whenever you get hold of a gun, make sure it’s not loaded. If it’s a revolver, check the cylinder by releasing it. Look carefully whether all the chambers are empty.

For semi-automatic pistol, remove the magazine and pull the slide to check whether the chamber is empty or loaded. Doing it is a must for avoiding any undesirable incident.

Each body part requires to have a specific position to get the shot on the exact target. Let’s take a brief look at various body parts and their position as it is equally important in learning about how to shoot a handgun.

There is a well-defined and accurate way of holding and gripping the gun. Grip the gun within the web area (area between the thumb and index finger) of your strong hand. It should be held firmly and as much higher on the grip as possible.

Use your primary or strong hand to grip the gun, thumb on one side and remaining fingers on the other. The other hand plays the role of a supporter. It helps supporting the weight of the gun and strengthening the overall grip of the hand around the gun.

Once you have made the grip successfully, now is the time to aim your target with the help of two sights. These sights are aiming devices, made on the slide area of the handgun. These are popularly known as; 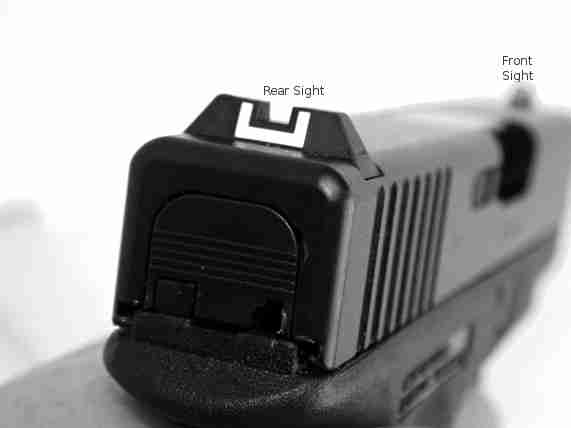 Rear and Front Sights on a Handgun

Step 8: Finger on the Trigger

As you have fixed the gun on the target, now move your finger towards the trigger. Wait! Before you pull the trigger, know that it should only be pulled with the first part (distal phalanx) of the trigger finger.

Before you take this final step, hold your breath, don’t get panic and slightly pull the trigger rearward. Make sure that no part of your body should move while hitting the target.

How to shoot a handgun is not something impossible or out of this world. A shooter with the will to learn and strong control over his nerves can really make it through.

My purpose here is simply to make things easier and understandable for the beginners and not to complicate them more. Hope it would be useful for all the novice shooters out there. Keep on practicing (with unloaded handgun only).

And a handgun will be need a Best IWB Holsters, You can find it here!

Learn How to Aim a Slingshot with This Quick Article

How and Where to Shoot a Deer Instantly