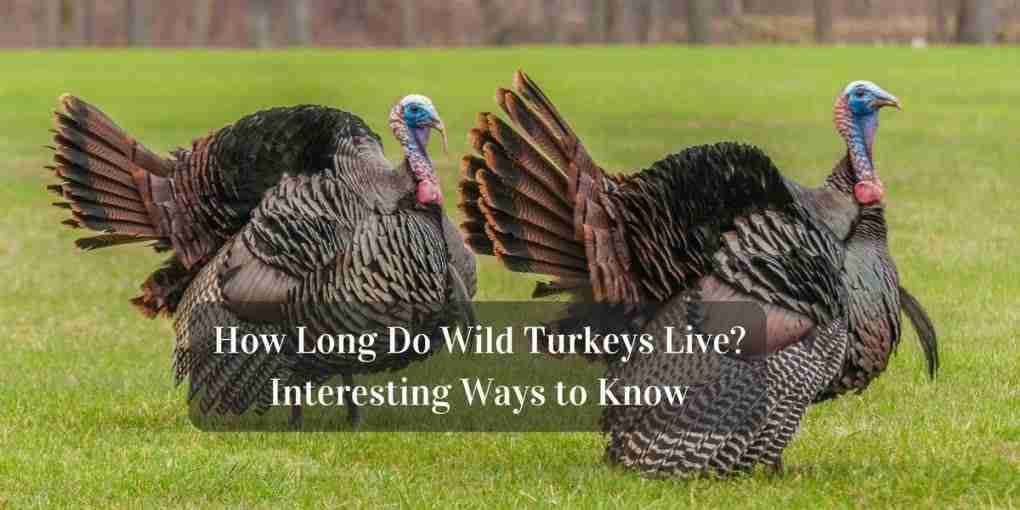 Interesting Ways to Know How Long Do Wild Turkeys Live?

Being a favored food of the Native Americans for as early as the 1500’s, wild turkeys are one of the games that hunters sought after the most. Wild turkeys symbolize abundance and is often served as the main course representing successful harvest in the North America. As turkey hunters, it is important that we know some facts about our game. It does not only give us advantage in hunting but it also ignites our interest on our prey. In this article, I will discuss some fascinating facts about wild turkeys and provide information on how long do wild turkeys live.

Some Facts about Wild Turkeys The wild turkey, Meleagris gallopovo, is one of the two species of turkeys which is a permanent resident of Pennsylvania's woods and mountains and is native only to North America. This species was nearly eradicated in the 1900’s because of excessive hunting and destruction of their woodland habitat, however, their population has been revived when people reintroduce the species to areas wherein the woodlands are recovering. Adult wild turkeys range from around 36-44 inches in length from the tip of the beak to the tip of the tail. They have featherless blue heads, long necks, fan-shaped tails, and strong and long legs. Compared to males, female wild turkeys are smaller and their feather color is duller. Male wild turkeys’ throats have red wattles and their breasts have dark tufts which are often absent in females. Males also have spurs while females usually have none. Wild turkeys are omnivorous animals which eat a wide variety of foods. Majority of their diet is vegetable and they are ready to sample many different plants that they can eat. Their type of food also depends on the season where availability of plants and other food sources varies. Examples of foods that they eat are acorns, hickory nuts or beech nuts, seeds and grain, berries, wild grapes, crabapples and other small fruits, small reptiles, fleshy plant parts, plant foliage, grass and tender young leaves or shoots, large insects, and snails, slugs and worms. Wild turkeys also have the habit of gritting sand and small gravel to help them with their digestion. HabitatTypically, you can see wild turkeys foraging on open forest floors, however, you can also find them in grasslands and swamps. Habitat requirements for turkeys are the presence of trees which become their source of food, provide them a place to rest and take cover, and serve as their roost sight during the night. Grasslands are also important as these also become adults and poults source of food and are a good place to forage for insects. Wild turkeys’ habitat must also have moisture since it affects their reproduction and survival directly and indirectly. However, the answer on how long do wild turkeys live depends upon many factors. Wild turkeys spend most of their days foraging. Poults spend around 90 percent of their time feeding. They feed mostly on insects which are better sources of protein than plants. Juveniles and adults, on the other hand, eat a wide variety of food including soft and hard plants, grasses, and insects. Usually, wild turkeys get around by walking, however, when they are threatened, females tend to fly while males tend to run. When courting, males strut, lower their wings, fan their tails, and make non-vocal hums and chump sounds. When the female lays the eggs, the male leaves it to the female to care for the youngs and form a flock. Males breed with multiple mates and form an all-male flock outside the breeding season. At the age of around 2-4 days old, young turkeys begin to dust, preen, and sun their feathers. This is their way to keep their feathers in good condition. At 14-28 days old, poults begin to roost in trees. This is part of wild turkeys’ behavior that helps them avoid predators.

How Long Do Wild Turkeys Live?

A wild turkey has an average life expectancy of around three years, however, some turkeys live much longer and reach 13 or even 15 years. Actually determining how long do wild turkeys live will depend on a lot of factors. Let us look at them one by one.

Factors that affect the life span of wild turkeys Weather has a great effect on wild turkeys’ survival, thus, it is also a determining factor on how long do wild turkeys live. If there is a good weather all year round, the survival rate of wild turkeys is high, however, if there are more extreme whether events, there will be a low rate of their survival, thus, resulting to their shorter life span. Wild turkeys who are exposed to hunting will obviously have shorter life span than those who are not. If, for instance, a person tries to domesticate a wild turkey, the turkey’s life span will largely depend on how this person can manage to raise it successfully. How to determine the age of a gobbler How to determine the age of a gobbler - Photo credit: http://1.bp.blogspot.com

A very well-known way to determine a gobbler’s age is by looking at its spurs. According to the Conservation Department index, if your gobbler’s spur is ½” inch and has a rounded tip, it is one year old and is called a jake; if it is between 1/2 and 7/8 inches long and straight, with a blunt tip, it is two years old; if it is between 1 and 1 1/2 inches long, slightly curved, with a pointed tip, it is three years old, and if it is more than 1 1/2 inches long, more curved, and sharp at the tips, it is four years old at the least.

Wild turkeys are very interesting game animals that it was even suggested by Benjamin Franklin to be their national bird. Being a good source of delicious and nutritious food, the Native Americans hunted them and even became a steady food source for them in the past. Today, turkey hunting became an exciting sport which is enjoyed by many hunters. Knowing more about wild turkeys makes hunting them more fun and interesting and one good information to have is how long do wild turkeys live. I hope this article answer that question well and help you gain some fascinating background on wild turkeys.