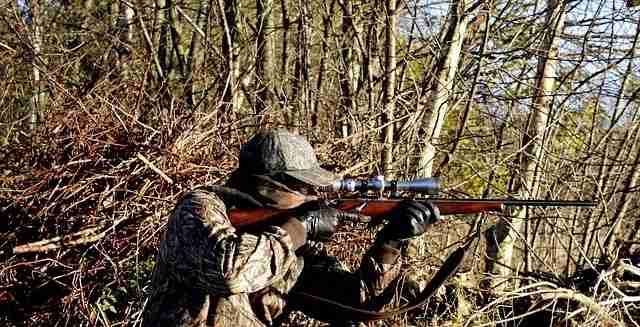 Cricket 22 Rifle Review: A Staple Of The Youth Shooting Experience

People often ask us which type of gun parents should get for their kid’s first firearm. In my case, we went with a cheap BB gun for my kid’s first gun. The BB gun was nothing fancy but it tremendously helps the kid learn the mechanics of shooting like loading, cocking, aiming, and firing. Before long, my son “graduated” and we looked into getting a proper gun. We decided on a .22 rifle.

Personally, I am a fan of single-shot bolt action rifles for the youngster’s first gun. If you are looking for a gun that will suit your young one, a .22 rifle is not a bad choice. Today, we’ll be reviewing a fairly popular 22 youth’s rifle, the Cricket 22 Rifle. Is this a good starter gun for your son or daughter? We’re about to find out!

Buying a kid’s first gun is a decision that comes with a lot of weight, thus it requires plenty of thought as well. Before you go out and buy your kid’s first rifle, here are some guidelines that you have to keep in mind:

If it’s not there, don’t force it. Forcing a kid to shoot or hunt is a surefire way to create a resentment towards you. After all, kids just want to have fun. So, make the shooting experience as fun as possible. Again, if they’re not having any fun, don’t force or rush it.

If you can manage to associate fun with their early shooting experiences, you are setting a solid foundation for a fruitful outdoor experience.

So, they have consented and ready for their first trip to the range, what’s the next step? This probably means that you should get him a .30-06, right?

For a kid’s first trigger pull, a BB gun or a rimfire is just about right. A relatively light rifle with a soft kick is the best way to ease him or her. Plus, you are likely preventing the ultimate accuracy killer: flinching.

The best-fitting rifle can make a world of difference in making your kid feel more comfortable behind the gun. Nobody likes the awkwardness of handling a poorly-fitted gun. Fortunately, there’s no shortage of manufacturers that make production-grade rifles for shooters with a smaller stature.

A gun that best fits your kid might just even be passed down to their own kids one day.

Before we proceed to the meat of the review, let’s first take a look at the specs of the Crickett Youth .22 LR Single Shot Bolt-Action Rifle:

My first impressions about the Crickett 22 is honestly not that great.

The chances that you’ll mistake it for a real gun is quite low. It looks like a toy and that’s not surprising for a gun that’s marketed towards young shooters. However, I was expecting some semblance of quality and reliability which I didn’t when I first held the gun in my hands. There are way too many plastic parts and many of which are quite cheaply made. By replacing some parts with metal, the overall quality of the gun would have been greatly improved.

Fortunately, the Crickett 22 does feel like a real rifle despite the difference in weight and size. It is a fairly small gun which is just around the measurement of the legal limit for rifles.

Keystone sells the Crickett 22 in a wide variety of stock colors from Mossy Oak Duck Blind to Muddy Girl. I especially like these stock options since they accommodate both genders.

Despite the rifle’s small size, it is quite easy to load and shoot which is a good thing for most youth shooters.

To load the rifle:

The main safety feature of the Crickett 22 is the bolt that controls the cocking mechanism of the gun. The knob must be pulled back to cock the gun. The loading mechanics are quite easy but it takes a lot of getting used to.

During the tests, the Crickett rifle was fired at numerous targets up to 100 yards. Considering that it’s a bolt action rifle, it can digest just about any ammo I’ve used without fail and I’ve still yet to experience a malfunction which is really impressive.

The short stock does require some getting used but I’ve found that it has a not-so-obvious boon. The short stock allowed me to help my eye get closer to the aperture for a better picture of the target. Although it’s a single action firearm that requires manual cocking, it’s not at all difficult for me to spend about 15 rounds per minute. I must say that the Crickett rifle is quite accurate and shoots exactly as expected. You can mount a rifle scope on the gun but for my needs, the iron sights worked just fine.

Overall, it’s a very well-behaved gun which earns it a lot of points as a rifle for beginners. If there’s a drawback, it has to be with the trigger. I found the trigger to be quite harsh and rugged. It’s a bit of a shame especially when the rest of the gun feels great.

I really enjoyed shooting the Crickett especially when it has little to no recoil. Once the fun is over, I’m pleased to report that cleanup is just as easy.

All you need to do is pull back the bolt, press the trigger, and it will just come off exposing the barrel and breech for easy cleaning. This is just one of the best examples of why this gun is a staple for young shooters.

The Crickett 22 Rifle is available, depending on the barrel type, caliber, and stock you choose.

It’s a fairly inexpensive gun. The build quality of the Crickett 22 is, admittedly, not the best. However, for a gun that is marketed to youngsters, this is quite expected. But this doesn’t mean that it can’t use some improvements in terms of build quality.

In terms of performance and ease of use, this rifle is a solid choice. It’s a fairly accurate gun which can really put some confidence in your aspiring plinker. It’s also light and easy to use, making it a perfect newbie firearm. This gun offers a good foundation for any young shooter. Definitely a worthy update to your son or daughter’s BB gun.

So what are things that we did like and didn’t like about the Crickett 22 rifle? Here’s a quick summary:

So, did some other people appreciate what this weapon has to offer?

Overall, the Crickett 22 has been received well by customers, especially those who are looking for a good starting gun for their child. Most of the reviews state that the gun is light and easy to use. Plus, they have been saying that the firearm is very robust and reliable. Many bought the rifle as a gift for their son or daughter, and many were pleased that it was such a great learning tool.

The Cricket 22 Rifle has all the makings of a top-notch beginner first gun. However, I have to say that it’s not just for beginners and young shooters.

This gun is affordable, reliable and very utilitarian in nature. It’s not the most tactical option out there but I can rely on it to work and its lightweight profile and small size mean that I can go with it anywhere. I really enjoy the simplicity of the Crickett to the point that I would consider it a survival weapon. What do you think of the Crickett 22? If you have used it before or you’re using it currently, feel free to share your experiences in the comments section.