What Is A PCP Air Rifle? Important Things To Know

It's come time to buy your son or daughter their first gun, and the thought of handing them a 12-gauge shotgun right off the bat makes you a little queasy. Is there something else they could use to get the hang of shooting before being given a full-blown firearm? The answer to that is an absolute yes. You can get your young one trained on something simpler and even a bit safer: a PCP air rifle. Maybe you've heard of them, but maybe you've never shot one before. Perhaps you have no clue how they work or what they're used for. No matter what's got you asking "what is a PCP air rifle?", we're here to help you out.

Whether you're looking for a simple gun to shoot for fun on the weekends or to buy for your kid's first rifle, you'll benefit from learning what a PCP air gun is all about. Whether you're a newbie, a gun enthusiast who somehow skipped this page in the catalogue, or a curious researcher, this article will cover all the basics and provide you with all the information you need to fully comprehend what a PCP air rifle is, how it works, and what it's used for. So if you've been asking "what is a PCP air rifle?", you've come to the right place. We'll help you gain the knowledge you need about PCP air guns.

Quick Navigation
What Is a PCP Air Rifle?
Conclusion

What Is a PCP Air Rifle?

PCP stands for pre-charged pneumatics. A PCP (or air) gun relies on the stuff you breathe to propel pellets, instead of gunpowder, which actual firearms use. They come with air tanks that are compressed to 2700-3000 pounds per square inch (psi) via a hand pump, carbon fiber tank, or scuba tank. After the tank is ready to go, you can pop it on and get to shooting. It works in a fairly simple manner: a valve opens when the trigger is pulled and a sharp puff of compressed shoots out and makes its way up the barrel, propelling the pellet. Of course, once it's fired, the volume and pressure in the tank decreases a small amount.

The History ​Of Air Guns 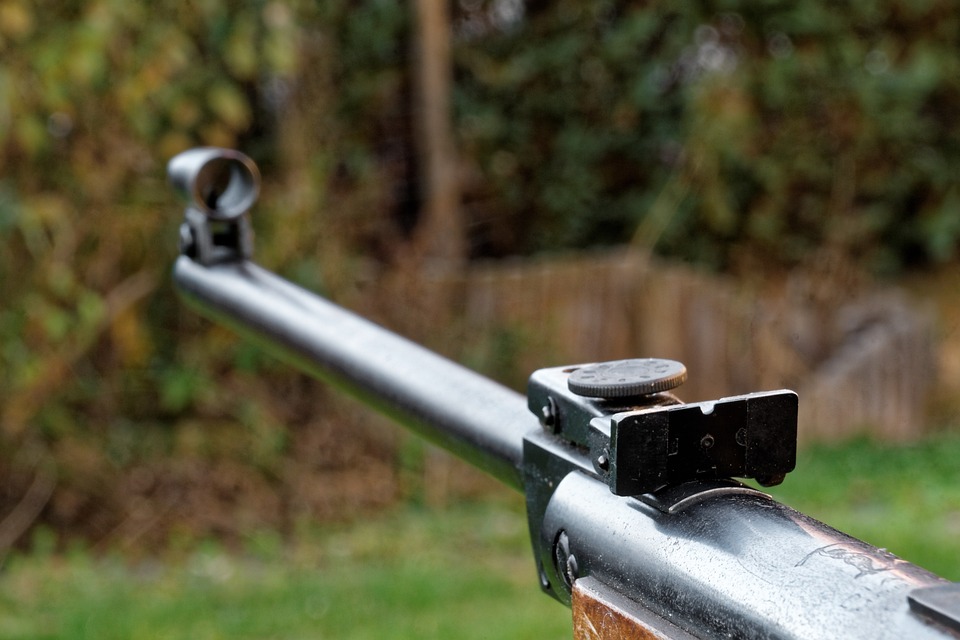 You might be surprised to learn that air guns have a history that reaches all the way back to 1580 with a model that currently resides at the Livrustkammaren Museum in Stockholm. It was a type of air gun known as a bellows air gun, which means it used a simple wind pump and a one-way valve. Once you get to the 17th century, air guns began to be used to some extent for hunting deer and wild boar. These guns ranged from .30 caliber to .51. You could charge them by filling up a reservoir with a pump; they typically fired at rates between 650 to 1,000 feet per second. Some were used in warfare, such as the Girandoni air rifle.

Strangely enough, they had some cool advantages over the firearms being used at the time. For instance, you could fire an air gun when it was raining (unlike some popular muskets) and they also discharged more rapidly than muzzle-loading guns. They didn't make as much noise as firearms of the same caliber, produced no flash, and made no smoke. That gave shooters a huge one-up on the competition, as they could fire without giving away their position by the black powder produced by muskets in the 18th and 19th centuries. Who would have thought that a soldier might actually prefer an air rifle, right?

By 1770, an Austrian airgun called the Windbüchse (which means wind rifle in German) was being used by snipers in France and Austria. This rifle is also known as the Girandoni air rifle as it was invented by a watchmaker of the same name. It was around the same weight and size as a regular musket and had a removable, club-shaped butt that served as an air reservoir. The magazines could carry two .51 caliber lead balls, and a shooter that really knew what he was doing could make it through the magazine in around thirty seconds. It was said the bullets could penetrate an inch thick wooden board from 100 paces. Whoa!

The adventurers from the famed Lewis and Clark Expedition of 1804 made use of a reservoir air gun, but they didn't gain real popularity in the US until the Markham Air Rifle Company produced their first model, Challenger, in 1886. Other American companies followed suit. In the 1890s, air guns started to be used in Birmingham, England for competitive target shooting (you could win a leg of mutton paid for by the losing team). It was around this time that they began to be associated with poaching as well because the rifer left behind no significant report.

Since then, the air rifle's popularity has continued. Though no longer used for hunting big game or in warfare, they do have their uses and are commonly given to adolescents for their first gun. For instance, a BB gun is a type of air rifle, and anyone who's familiar with A Christmas Story should know what that is! However, don't think that means they're child's play; plenty of adults make good use out of them, and sometimes for very serious reasons as you'll see next.

What Are PCP Air Rifles Used For? 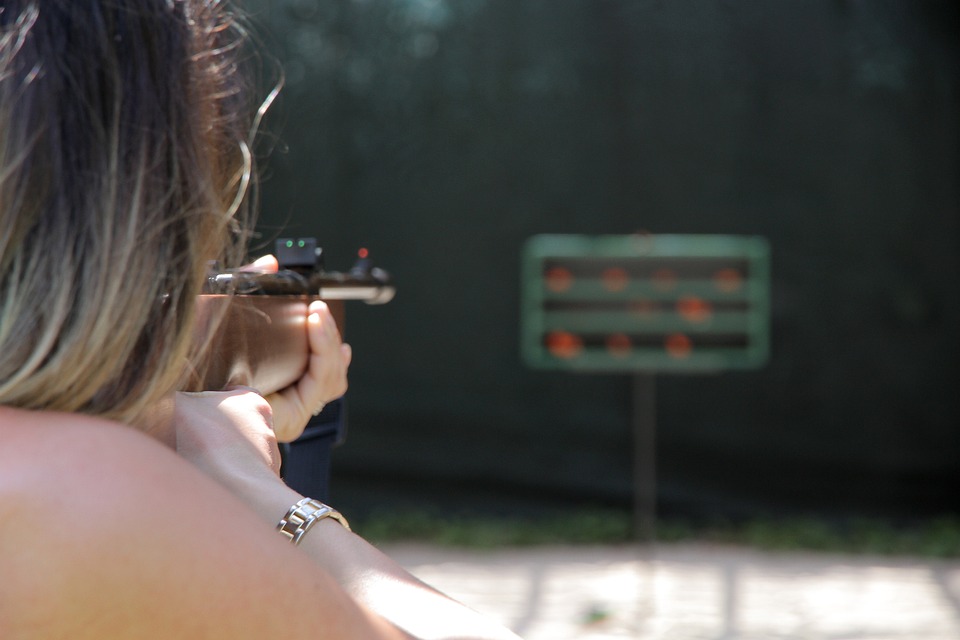 Now that you've got your answer to "what is a PCP air rifle?" and seen the history behind the gun, it's now time to see what they're used for. Some of them may surprise you! There's a tendency to take air guns less seriously; if you follow that tendency, this may change your mind!

Air rifles are used in the Olympic 10m Air Rifle event. That'll make you think twice about calling them a child's play thing! There are men and women who take home a real Olympic gold medal every year by using a PCP air rifle.

PCP air guns can be used by exterminators to take out rats, snakes, and other pesky vermin. And that's not just the professionals; lots of people living in rural America use air guns of different types to take out pests.

Though trying to take on a bear with a PCP air rifle is certainly not recommended, air guns are commonly used to hunt small game like squirrel and rabbit.

Plinking is a term that means shooting for fun. It typically consists of shooting random targets like cans, bottles, or other items that make a fun sound when hit. 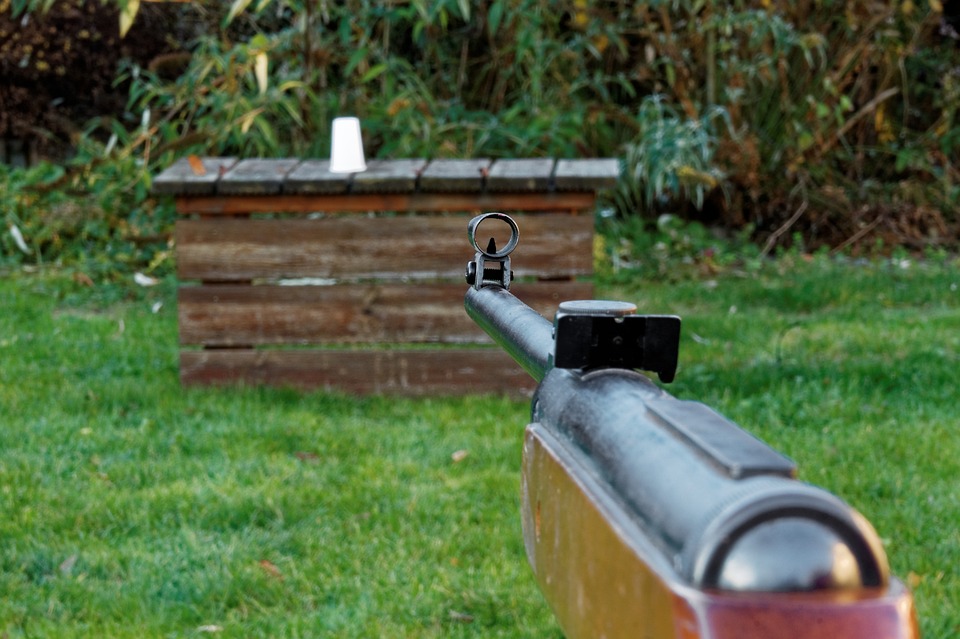 You may have gotten the answer to "what is a PCP air rifle?" but there's more to them than just a standard definition and some history. Here are five interesting facts about PCP air rifles that you might find intriguing.

They're Different From CO2 Air Rifles

There are a few different ways that air guns can operate; some popular models use CO2. However, a PCP air gun is a different beast altogether.

They're Filled By Scuba Tanks

It's weird to think that a PCP air rifle is filled by the same thing a diver takes down to the depths. It can also be filled with a high-pressurized hand pump, but we think scuba tanks are a lot cooler!

They may not use gunpowder, but they can still do a lot of damage. Don't think that just because they're somewhat safer than your standard firearm means they should be treated lightly. You could seriously injure someone with a PCP air rifle; don't forget, air guns used to be used in warfare!

They're the Only Air Guns Used At Competition Level

Gone are the days when spring piston air guns were used for shooting competitions. Now, if you're going to be shooting an air gun for sport, you can almost guarantee that it'll be a PCP model. So if you ever want to make it to the Olympics, it might be a good idea to start practicing with a PCP air rifle!

They Run On Air

OK, so we're being a little ridiculous with this one. Still, how cool is it that the very stuff we breathe is used to propel pellets at targets and small game?

If you're looking to get your son or daughter their first gun, you don't have to start out with a full fledged shotgun. Why not give them the gift of a PCP air rifle? They're awesome pieces of technology that have over 500 years of history on their repertoire, and they run on the very stuff you breathe. They're used in various competitions around the world, and there are even Olympic events centered on them! So now you no longer have to ask yourself "what is a PCP air rifle?" You know how they work, you know their history, and you know what they're used for. So pick one up and get to shooting! Hunting Black Bears: What You Need to Know With time great hunters learn the art of belonging in nature. Every twig crunch and branch bush can be heard for quite a distance with astute animal hearing. And during h﻿u﻿nting season, they seem to be extra aware. So, when you are new to the sport, what should you know? Here's an infographic from Bucknbearknives that highlights 8 essential things that every hunter should have before they head out to the woods! Deer are very skittish creatures. They move to and fro a place very quickly as their own defense mechanism, never staying in one place for too long. So maybe you’ll see a deer in one area for a few seconds, and the next thing, they disappear. This makes hunting them very hard to do. Skunk Facts and How to Hunt Them